Big 6 energy companies: Should you switch? The big 6 energy companies are the UK’s largest energy providers of gas and electricity.

Think of them like Manchester United, Manchester City, Liverpool, Chelsea, Arsenal and Tottenham in the Premier League.

The story of the big 6 dates back to 1989 with the Electricity Act signed by parliament which paved the way for the privatisation of electricity supply in Britain.
The Central Electricity Generation Board was broken up into three separate entities – Powergen, National Power and Nuclear Energy, as well as the National Grid which handled the transmission of electricity.

Through the 1990s an ongoing saga of further privatisation, acquisitions and mergers (largely by foreign companies) led to the creation of six major energy companies in the UK – all of which also began to supply gas – that we have today.

Here’s a look at the big 6 in more detail: 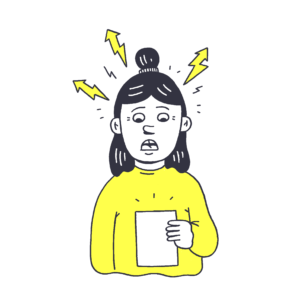 Criticisms of the big 6 energy suppliers

The big 6 have been regularly questioned for using their dominance of the market to inflate prices unfairly. In the past they have often raised their prices at similar times, leading to criticism.

Claims of price fixing intensified during the 2013-2014 winter price rises, when five of the big 6 energy firms announced hikes in costs within weeks of each other.
This led to green energy advocate and owner of smaller energy supplier Ecotricity Dale Vince to accused his larger rivals of behaving “like a cartel”. Cripes.
However, it must be said that numerous reviews into the actions of the big 6 by both Ofgem (UK energy market regulator) and FCA (Financial Conduct Authority) have found no wrongdoing.

Over the last few years a number of small energy companies have emerged to rival the big 6. Here are some of them:

Should you switch from a big 6 supplier?

It is thought that around half of UK households have never changed their energy supplier, so why are more people not switching?

Well people are used to the big 6 companies and fear changing to a smaller supplier that goes out of business.

But that particular concern has been solved by Ofgem, who offer a safety net for bankrupt suppliers. If your energy supplier goes bust, Ofgem will step in to protect credit balances with their process Supplier of Last Resort (SoLR) assigning these accounts to a fit provider within days. Bob’s your uncle.

Here at Look After My Bills we could save you up to £350 by switching you to the best possible deal at your home. Just fill in a few details and you could be well on your way to pocketing big savings.